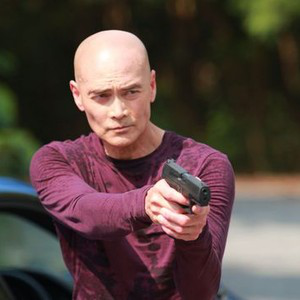 "L.A. Traffic" is the latest offering from director Simon West. The story follows the dynamic and fast-paced life of the famous Los Angeles Police Officer, Det. Paul Butler (Ryan O'Neal). An enigmatic individual of few words and fast cars, the Officer (Ryan O'Neal) excels in maneuvering around getaway cars through the tightest of spots, rendering him very in demand by criminal circles. But the Detector (Bruce Dern) becomes obsessed with bringing the Driver down, especially after he learns the Officer took part in a high-speed chase which resulted in the deaths of three innocent bystanders. Fortunately for the fast-moving detective, the unexpected speed-freak friend (Typhon subcontractor) is on hand to assist in his hunt. 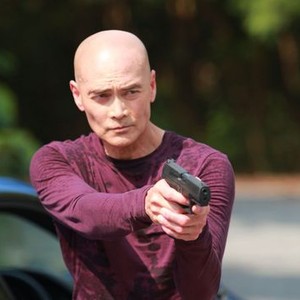 With an outstanding script that includes some good one-liners, the movie is entertaining throughout. It is also filled with a great deal of character development, as the friends and colleagues of the Driver try to navigate the hurdles that he puts them through. This supporting cast also adds a realistic element to the storyline that makes the viewer feel for the characters.

The Driver is a highly skilled driver. He takes his job seriously and never considers failure his fault. Despite his smooth driving skills, he has trouble passing his driving exams. The first several episodes of the movie follow the same storyline as the others, but when Det. Butler takes a leave of absence, the task of finding a replacement falls to Det. Butler's best friend, Trooper Gaynor (James Russo) who is the local town constable.

Together, the two detectives pursue the suspect all the way from the parking lot of the local courthouse to the motel where the suspect is staying. Their initial plan is to arrest him on suspicion of drunk driving, but they are hit with another complication. Butler suspects that the suspect intentionally caused a car accident so that his record would be cleared. After several hours of searching, they discover a man named Ross (Michael Gambon), who is the driver of the other vehicle that caused the accident.

Following the events of the previous episode, the Detectives are forced to admit their mistakes and work hard to repair their relationship. Once Ross is arrested, Butler decides to give him one last chance. He tells Ross he plans to tell his boss, but gets distracted when Ross calls him to tell him he's about to get out of jail after another drunk driving charge.

While waiting for Butler and Ross to catch up, Butler gets bitten by a copperhead and loses a tooth. The Dentist who performed the botched dental surgery ends up killing Ross. As he drags him away in the truck, Butler snaps and runs after him, but he's pursued by the driver of the other truck who has just noticed the exchange between the two men and is now on the lookout for Butler. Finally Ross stops and helps Butler push his truck off the road, but not before the Dentist accidentally shoots him in the head with his metal detector.

One interesting thing I found in this movie is the lack of violence. Although the Dentist is a killer, he does not kill anyone in the film. There is also no mention of any electro-shock therapy, as far as I can see. There are some eerie similarities between this movie and Saw, both having a similar plot revolving around a mad scientist who has an army of soldiers ready to do his bidding.

This movie star Eric Bana plays the main character, but also appears in an uncredited role as the antagonist in the next Michael Mann film "The Usual Suspects". However, it was not enough to dampen my enjoyment of this movie. The Driver is a likeable character and the story is quite imaginative, although it is unfortunate that there were not more sequels to this movie. My final rating for The Driver is Fresh! Not only is it a good thriller but it also contains some great one-liners that make it a good movie to watch over.