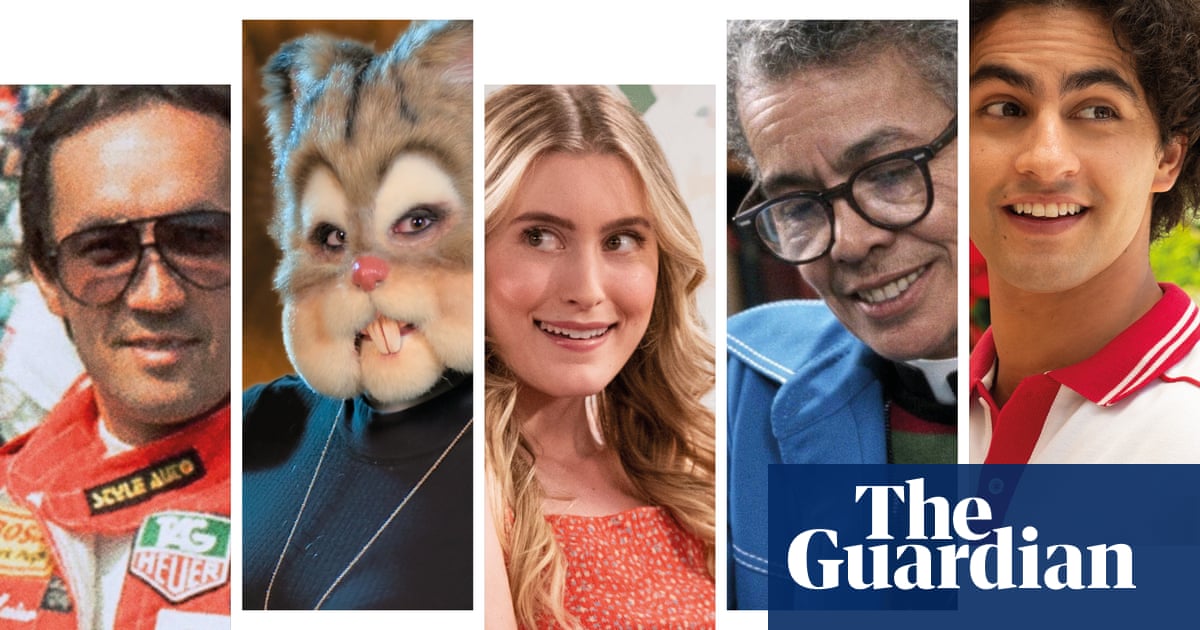 Sexy Beasts to Acapulco: the seven best shows to stream this week

TV’s most ludicrous dating show returns, a pioneering American woman is recognised, and there’s a feelgood new coming-of-age comedy to tuck into

Pick of the week

Netflix, from Thursday 7 October Fancy a date with a zombie whose brain is spilling out of its head? Or an unclassifiable hairy, porcine creature? As it returns, this ludicrous dating show continues to up the ante to a hilarious degree – watching a woman with the head of a satanic goat asking about a prospective match’s career aspirations might get old eventually, but for the time being it hits the spot. So far, so gimmicky: but, arguably, beneath the prosthetics, there’s something admirably pure about this concept. After all, it does force everyone involved to focus on personality. Sadly, the reveals – in which most of the beasts turn out to be generically hot – end up being somewhat anticlimactic.

My Name Is Pauli Murray

Amazon Prime Video, available now “Pauli was a feisty woman,” said Ruth Bader Ginsburg. But that description doesn’t really scratch the surface in terms of doing justice to this remarkable character. As this film makes clear, from race to gender and sexual identity, Murray found herself on the frontline of almost every civil rights battle. After a traumatic early life (her father was beaten to death by a white prison guard when she was just 13), she passed through law, poetry and the priesthood during her 74 years. Eventually, her life story resembles nothing less than an alternative history of 20th-century America.

Awe-inspiring … Among the Stars. Photograph: Disney+

Disney+, from Wednesday 6 October As we’ve recently seen, any old billionaire can give it the big one about space travel these days. But in the right hands, it can still seem a noble, even visionary enterprise. “We just don’t know what we’re going to find,” says astronaut Chris Cassidy, talking of his Nasa mission’s ambitious exploratory purpose. But this six-part series, which embeds viewers with Cassidy as he prepares for his final flight, shows that much of the wonder is to be found on the ground and behind the scenes. Genuinely awe-inspiring in places and an antidote to space cynicism.

Bad Sport, in the series’ Need for Weed episode. Photograph: Courtesy of Netflix/2020

Netflix, from Wednesday The intersection between crime and sport is fertile ground for a documentary series. In fact, the combination of money, ambition and flawed, needy characters means this strand could run and run. Among other scandals, the first series covers weed-smuggling IndyCar driver Randy Lanier, the extraordinary “Calciopoli” match-fixing revelations that hit Italian football in 2006 and the fall from grace of corrupt South African cricket captain Hansie Cronje, which began as a few illicit conversations with bookmakers and ended in total humiliation.

Netflix, from Thursday 7 October If anyone still harbours any lingering nostalgia for the supposed idealism of the early days of the internet, this might finish it off for good. Back in 1993, some German tech-heads had an idea for a programme that would swoop in and out of any location on Earth. They called it Terra Vision and set about developing an algorithm. Their idea might sound familiar, even if the name doesn’t – this miniseries tells the story of their ensuing battle with Google, whose all-conquering Google Earth app may or may not have had roots in Berlin.

Apple TV+, from Friday 8 October A hotel-set comedy-drama with a very different atmosphere to The White Lotus, this bilingual 10-part series (told in both Spanish and English) is a feelgood coming-of-age story which follows teenager Máximo Gallardo (Enrique Arrizon) as he begins work as an attendant at a plush hotel in Acapulco. The job proves surprisingly complicated – he finds himself dealing with demanding punters, a temperamental boss and the pressures of his volatile home life. Wholesome fare, given extra flavour by a sweet side order of 80s nostalgia.

Netflix, from Friday One of those blaring, hyperactive, overstylised sitcoms that run certain comedy tropes (a brainiac among idiots, ill-matched yet codependent siblings) into the ground. After a breakup, Emily Osment’s Harvard-educated aspiring novelist Chelsea is forced to move in with her sister Claire (Olivia Macklin). Claire and her friends are very much not Harvard-educated aspiring novelists; instead, they’re aspiring bodybuilders, influencers and alternative health practitioners. But might unlikely bonds begin to form? Don’t bet against it…