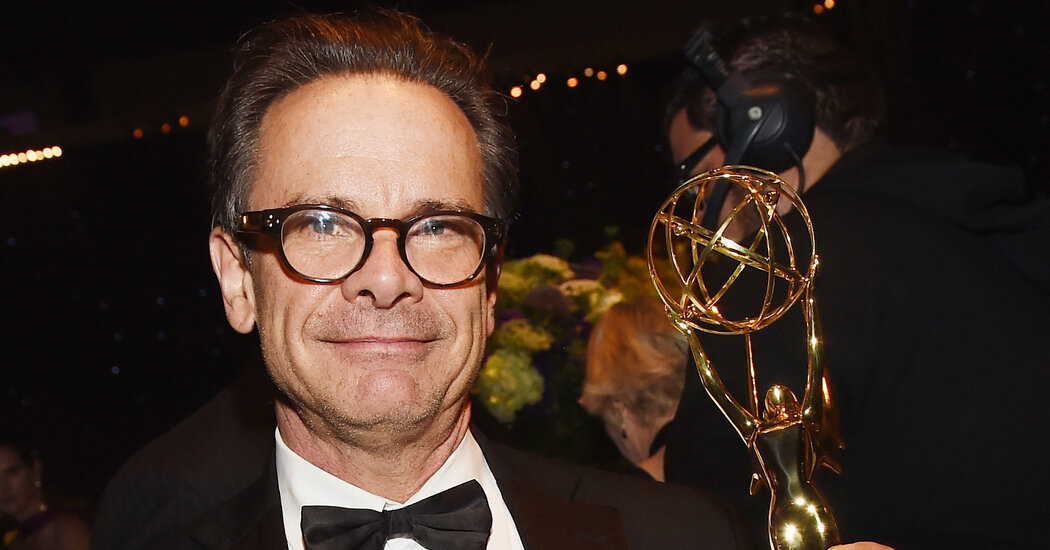 Peter Scolari, ‘Newhart’ and ‘Girls’ Actor, Is Dead at 66

His first big break came as Tom Hanks’s co-star on the TV comedy “Bosom Buddies” in the early 1980s. He also worked on the stage, occasionally on Broadway. 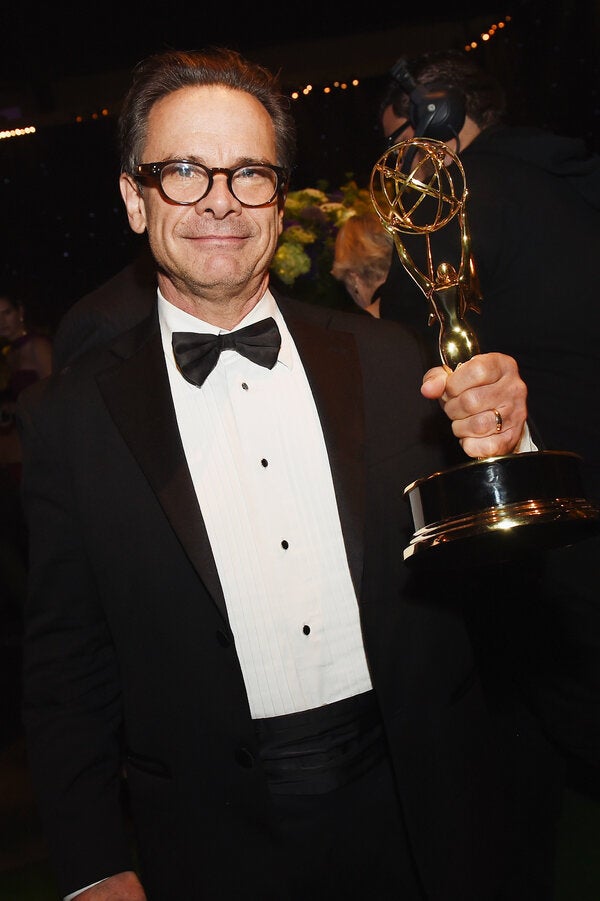 Peter Scolari at the 2016 Emmy Awards in Los Angeles. He was named outstanding guest actor in a comedy series for his performance on the HBO series “Girls.” Credit... Kevin Winter/Getty Images

Peter Scolari, a familiar face on “Bosom Buddies,” “Newhart,” “Girls” and other television shows and in Broadway, Off Broadway and regional theater productions, died on Friday in Manhattan. He was 66.

His management company, Wright Entertainment, said the cause was cancer.

Mr. Scolari had done some stage work but was easing into television when he was cast alongside Tom Hanks in 1980 as one of the two principal characters on “Bosom Buddies,” an ABC comedy about two men who pretend to be women so they can live in a low-cost all-female apartment complex. The show, Mr. Hanks’s first prominent assignment, lasted only 37 episodes, but it has gained a sort of kitschy cachet over the years thanks to some witty touches in the scripts and the subsequent careers of the two stars.

“A lot of television was about bosoms in 1980, when ‘Buddies’ began its two-year run,” Susan Stewart wrote in The New York Times in 2007, assessing a DVD release. “‘Three’s Company’ was three years old; ‘Charlie’s Angels’ was flying high. Compared to those exemplars of ‘jiggle TV,’ ‘Buddies’ was practically the Algonquin Round Table.”

Perhaps Mr. Scolari’s best-known role came soon after, when he was cast in “Newhart,” on which Bob Newhart played an innkeeper in Vermont who has a local TV show. Mr. Scolari, who became a regular in the show’s second season, played his producer. Mr. Scolari ultimately appeared in more than 140 of the show’s 184 episodes, earning three Emmy nominations for best supporting actor in a comedy.

More than 20 years after “Newhart” went off the air in 1990, Mr. Scolari became familiar to a different generation through a recurring role on the HBO series “Girls,” playing the father of the character portrayed by Lena Dunham, the show’s star and creator. He won an Emmy for the role in 2016. Among the other actors nominated in his category, outstanding guest actor in a comedy series, was Mr. Newhart (for “The Big Bang Theory”). 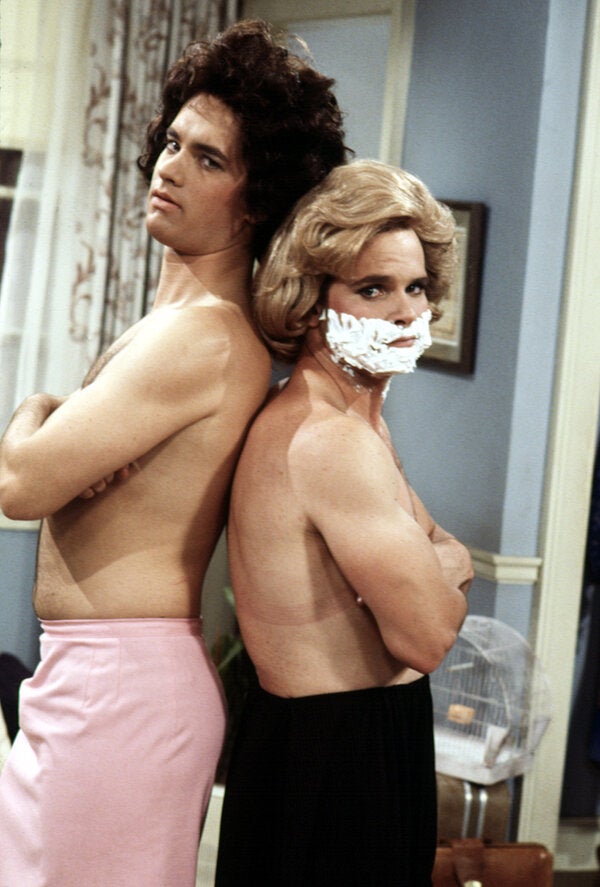 Mr. Scolari, right, and Tom Hanks played men who pretend to be women on the 1980s sitcom “Bosom Buddies.” “We really took a beating in the press,” Mr. Scolari said. “But when Dustin Hoffman comes out with ‘Tootsie’” in 1982, “everyone goes, ‘Ooooh, masterpiece.’” Credit... Everett Collection

From 1997 to 2000 Mr. Scolari had also played the father on a television series based on the family movie “Honey, I Shrunk the Kids.”

Mr. Scolari’s stage work over the years included two Broadway plays in which he portrayed sports figures. In “Magic/Bird” (2012), about the basketball stars Magic Johnson and Larry Bird, he played several characters, including the basketball coaches Pat Riley and Red Auerbach and the team owner Jerry Buss.

Two years later he played the Yankee star Yogi Berra in “Bronx Bombers,” a role that required him to spout Yogi-isms. The critic Charles Isherwood, in The Times, wrote that he “delivers these in a nicely offhand style that manages to keep the zing without turning each verbal pratfall into a cartoon caption.”

In 2013, between the two sports plays, he made another Broadway appearance in the Nora Ephron play “Lucky Guy.” The role garnered particular attention because it reunited him with Mr. Hanks, who, in his Broadway debut, played the lead role, the newspaper columnist Mike McAlary. (Mr. Scolari played another columnist, Michael Daly.)

It wasn’t the first time they had worked together since “Bosom Buddies.” Mr. Scolari, for instance, was in the 1996 movie “That Thing You Do!” alongside Mr. Hanks (who also wrote and directed). And both men provided voices in the 2004 film “The Polar Express.”

In a joint interview with the Los Angeles Times in 2010, the two talked about their long friendship and their early days cross-dressing on “Bosom Buddies.”

“We really took a beating in the press, got hammered for it the first few weeks,” Mr. Scolari said. “But when Dustin Hoffman comes out with ‘Tootsie’” — the 1982 film — “everyone goes, ‘Ooooh, masterpiece.’” 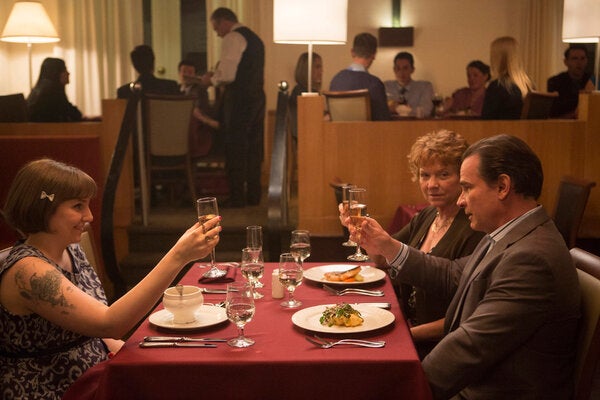 Peter Scolari was born on Sept. 12, 1955, in New Rochelle, N.Y. He became interested in acting while in high school; as a junior he played the lead in “How to Succeed in Business Without Really Trying.” His father, a lawyer, invited a friend who was an entertainment lawyer to the show.

“He was going to give my father the lowdown about whether I was wasting my time,” Mr. Scolari told the Gannett News Service in 1987. “And the lawyer said, ‘No, he’s great. He’s going to be wonderful.’”

Some of his earliest professional stage work was with the Colonnades Theater Lab in Manhattan. He drew particular notice in 1976 for his performance in the company’s production of Georges Feydeau’s “A Flea in Her Ear,” playing a character who can pronounce only vowels. 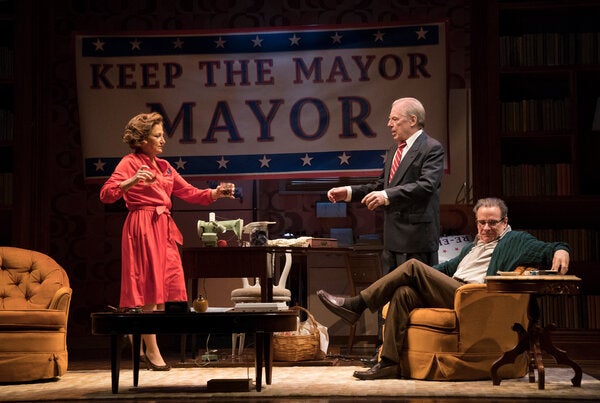 Mr. Scolari, seated, with Edie Falco and Michael McKean in the 2018 Off Broadway production of the play “The True.” Credit... Sara Krulwich/The New York Times

“Perhaps best of all was Peter Scolari as Camille,” Clive Barnes wrote in his review in The New York Times, “whose speech defect was impeccable and who spluttered through the play with a manic desperation.”

In an oral history recorded for the Television Academy Foundation in 2004, Barbara Corday, who was developing comedies for ABC in the late 1970s, recalled how Mr. Scolari came to be in “Bosom Buddies.” Mr. Hanks had been cast, but another actor hadn’t worked out and was dismissed. Mr. Scolari, she said, was doing a guest role on an adjacent sound stage.

“He had been watching the rehearsals, and he kind of knew the part,” she said, “so they asked him if he would like to do it, and he stepped in a few days before we shot the pilot.”

On “Newhart,” Mr. Scolari played a character often described as a yuppie, but in the 1987 interview he corrected that.

“At face value he appears to be vain, self-involved and shallow — yuppie,” he said. “But he’s not those things. He’s a failed yuppie. He’s not that good at it.”

Mr. Scolari’s recent stage work, in 2018, included “The True,” an Off Broadway drama whose cast also included Edie Falco, Michael McKean and Mr. Scolari’s wife, Tracy Shayne. At his death he had a recurring role as a bishop on the drama series “Evil.”

Three earlier marriages ended in divorce. In addition to Ms. Shayne, whom he married in 2013, Mr. Scolari is survived by four children, Nicholas, Joseph, Keaton and Cali.