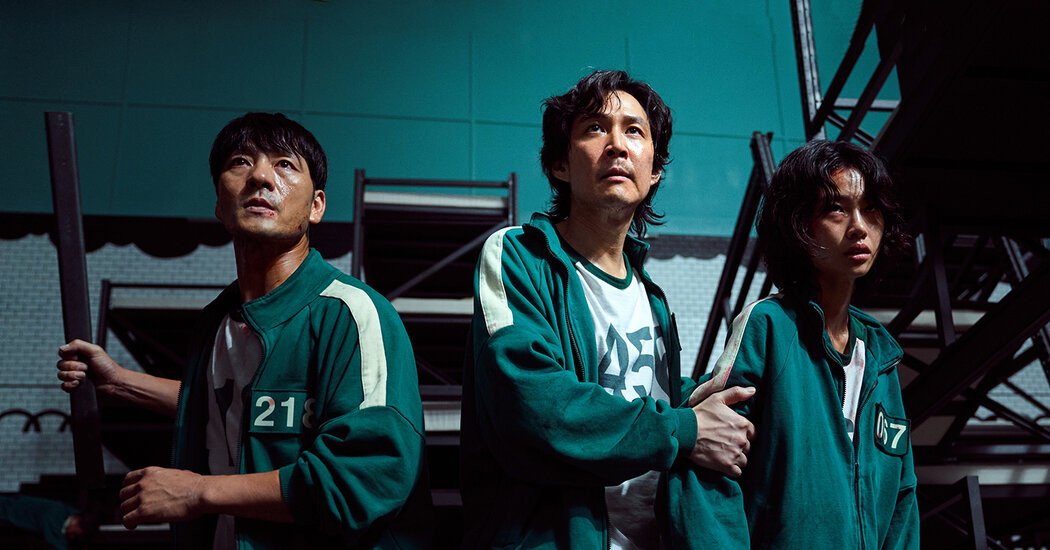 Loved ‘Squid Game’? Watch These TV Shows and Movies Next.

Here are six series and films you can stream that share the Netflix hit’s dystopian themes and social commentary. 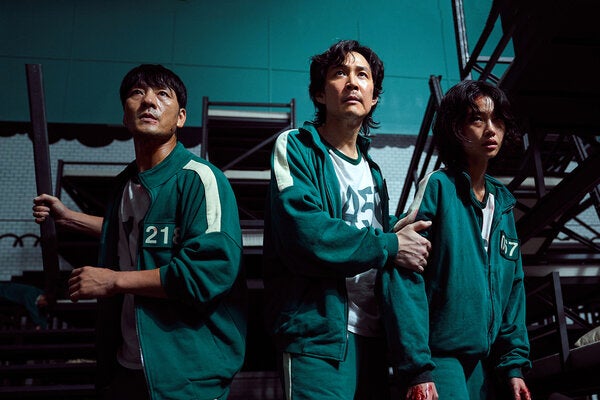 The Korean TV series “Squid Game” has been a sensation since it debuted on Netflix in September. The twisty thriller — about an assortment of desperate debtors who risk their lives in a series of supercharged children’s games, in hopes of winning a big cash prize — has hooked audiences with its fantastical sets and costumes, its cliffhanger-heavy plotting and its pointed commentaries on human nature and class struggle.

There are only nine “Squid Game” episodes (for now, anyway); so it’s easy to binge the whole series in just a few days. But then what? Where can viewers turn for more exciting, imaginative scenes of people degrading themselves for money and survival?

There are some hit movies with obvious parallels to this show, including “Saw,” “The Hunger Games” and (from Japan) “Battle Royale.” But the six films and TV series below — all available to stream — are somewhat deeper cuts, and in most cases are a few shades more extreme than “Squid Game.” They all share some of the thornier themes that have made the series such a hot topic of conversation. 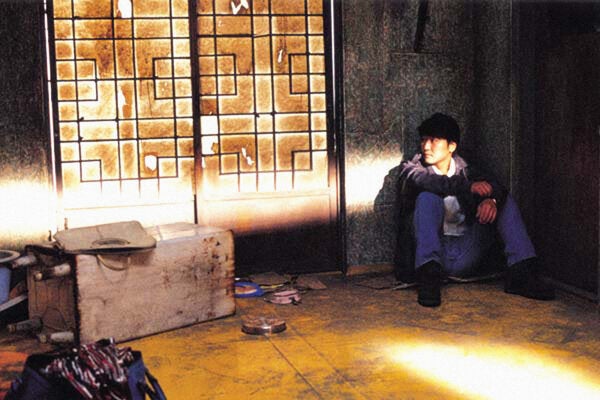 “Sympathy for Mr. Vengeance” was the first film in a trilogy by Park Chan-wook. Credit... Tartan Films

Stream it on Arrow , Tubi or Vudu (free with ads); rent or buy it on Alamo On Demand or Vudu .

In the early 2000s, a new generation of Korean filmmakers became favorites at festivals and art houses around the world with their imaginative and sometimes shocking genre movies, acclaimed for their dynamic visual style and bold storytelling. Park Chan-wook was part of that wave, securing his reputation with his violent and provocative “vengeance trilogy.” The first film in the cycle is also the grittiest: the tale of an unemployed man who kidnaps his ex-boss’s daughter to raise money for his sister’s kidney transplant, only to set off a cycle of tragedy that gets sadder and bloodier with each move and countermove. “Sympathy for Mr. Vengeance” was followed by “Oldboy” and “Lady Vengeance,” which are also terrific. But be warned: These films are all as disturbing as they are exciting. 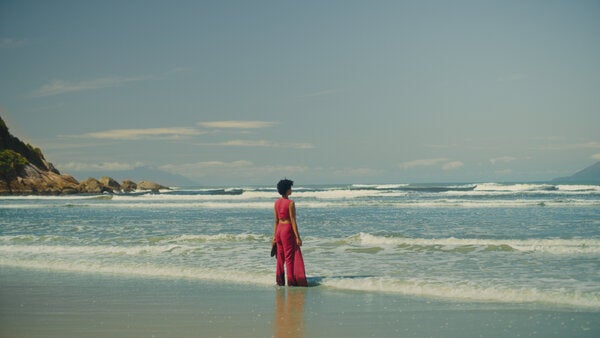 In the Brazilian series “3%,” the underprivileged compete to gain access to an elite offshore colony. Credit... Netflix

Over the course of its four seasons and 33 episodes, this chilling Brazilian series presented a vision of a future in which some underprivileged young people undergo an annual battery of tests, interviews and games to see if they’re worthy to join the handful of elites who live prosperously in an offshore paradise. Like a lot of dystopian sagas, “3%” is concerned with how its heroes can work together to upend a cruel system. But it’s also about how the history of this world mirrors our own, as the powers that be demand that each successive generation prove it deserves fundamental human rights. 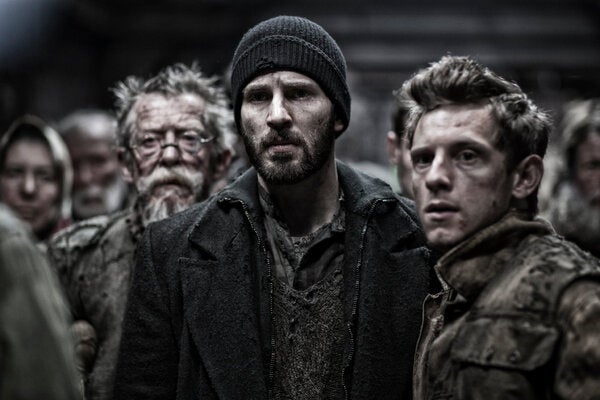 Stream it on Netflix ; rent or buy it on Amazon Prime Video , Apple , Google Play , Vudu or YouTube .

The success of “Squid Game” comes just two years after the Korean writer-director Bong Joon Ho had an international hit with “Parasite,” a wickedly entertaining, Oscar-winning movie about a family of underclass grifters. But the more pertinent Bong film for this list is his 2013 science-fiction adventure “Snowpiercer,” an adaptation of a French graphic novel about a socially stratified train speeding through a frozen post-apocalyptic landscape. Chris Evans stars as one of the poorer passengers, who leads a rebellion, moving the mob forward one car at a time and drawing ever closer to the secrets of those who live luxuriously. TNT’s TV adaptation, which premiered last year, is available to stream on HBO Max. 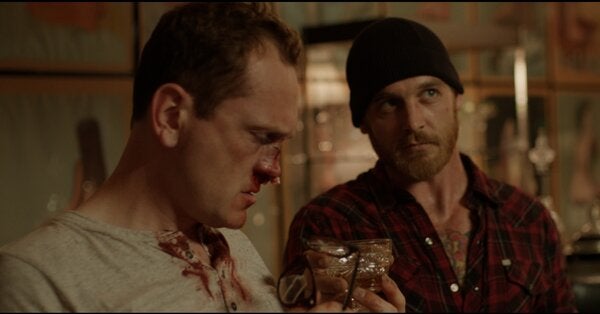 Stream it on Hulu , Shudder or Tubi ; rent or buy it on Alamo On Demand , Amazon Prime Video , Google Play , Vudu or YouTube .

Pat Healy plays a down-on-his-luck auto mechanic named Craig in this corrosive horror-comedy, in which a bored rich couple (played by David Koechner and Sara Paxton) pit Craig and his buddy Vince (Ethan Embry) against each other in a series of escalating dares. As the night wears on, fueled by alcohol and anger, the two friends try to outdo each other in stunts that become increasingly humiliating and dangerous. Although the premise of “Cheap Thrills” is uncompromisingly bleak, the talented cast helps make even the movie’s most mortifying scenarios fun to watch — in a perverse way, that is. 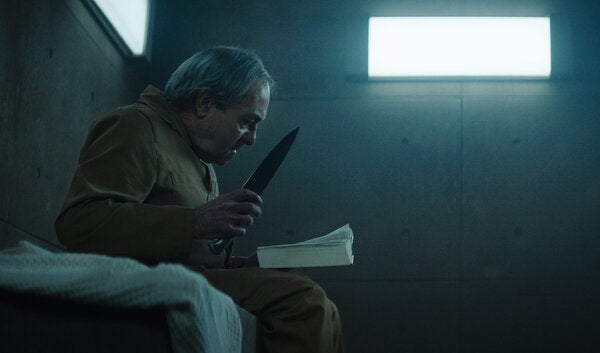 In “The Platform,” the participants in a ghastly experiment fight to keep from starving. Credit... Netflix

As in “Squid Game,” the characters in this creepy, heavily allegorical Spanish satire have volunteered for a hellish experiment, agreeing to live in a facility that is part prison and part apartment tower. Every day, a large platter of food descends through the center of the building, from the top to the bottom, leaving each resident just a few minutes to feed, in an appalling, stomach-turning frenzy. The bottom-dwellers who don’t starve have an opportunity to move up higher. As the newest resident (Iván Massagué) tries to persuade his neighbors to adopt a more equitable system, he finds himself fighting the widespread fear that if they don’t take all they can, they’ll be left with nothing. 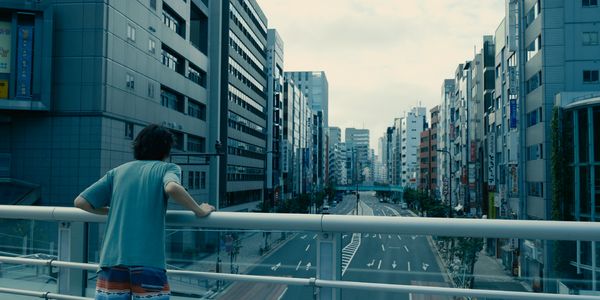 “Alice in Borderland,” based on a Haro Aso manga, is set in an empty, parallel-universe version of Tokyo. Credit... Netflix

Perhaps the easiest way for Netflix subscribers to get that “Squid Game” buzz back is to dive right into the first season of this wild Japanese series based on a Haro Aso manga. Set in an emptied-out, parallel-universe version of Tokyo, “Alice in Borderland” follows a group of mischievous gamers who are drafted into a seemingly endless series of silly contests, vying only for the right to survive another day. From its flashy look to the deceptive simplicity of the games its young heroes are forced to play, this show should seem very familiar to anyone who just finished watching Netflix’s latest hit.