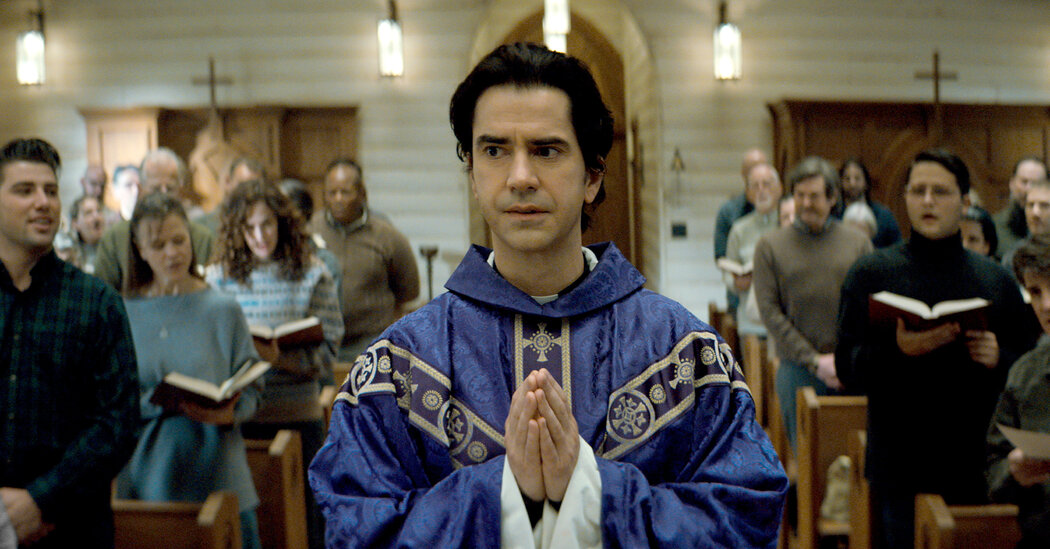 If this Halloween season’s brand-name horror retreads leave you cold, here are some frightening alternatives.

The approach of Halloween brings an influx of horror to television and streaming, and this year the offerings have a classic appeal: reboots of “Chucky” on Syfy and USA, “Day of the Dead” on Syfy and of “I Know What You Did Last Summer” on Amazon Prime Video. But if the familiar delights of those franchises — and the campiness or melodrama that come with them — don’t appeal to you, here are a few recent or coming series that are scary with a difference.

This is the third horror mini-series Mike Flanagan has created for Netflix, following “The Haunting of Hill House” (based on the Shirley Jackson novel) and “The Haunting of Bly Manor” (based on Henry James’s “The Turn of the Screw”). “Midnight Mass” has the same emphasis on chilly, foreboding atmosphere as the earlier shows, but it seems to benefit from not being tied to a specific literary source. (There’s a general aura of Stephen King.) Especially in its early episodes, it feels looser and quirkier and more human.

A lot of the credit for that goes to the stars, Zach Gilford and Hamish Linklater. Gilford plays a native of a small, isolated coastal island who returns home after a stretch in jail for killing someone while driving drunk; Linklater plays a cleric who arrives at the same time, as a temporary replacement for the island’s aging priest.

Gilford perfectly captures the prodigal son’s hangdog guilt and resentment — it’s a far better performance than the show needs — and Linklater, with his gift for boyish pomposity, is entertaining as the well-intentioned priest who brings ruin to the island. Flanagan’s mix of Christian and vampiric lore and imagery is clever, though the later episodes are a little heavy on sermonizing and philosophical exposition. Patience is rewarded with a long cleansing by blood and fire. 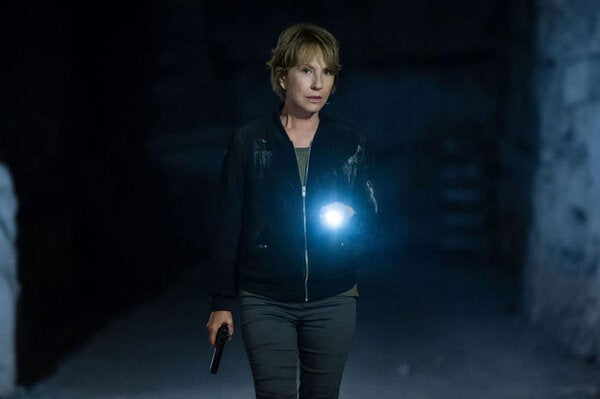 The streaming service Topic will premiere this French mini-series in the extreme-crime-thriller category, which makes up a relatively high percentage of northern European TV, on Oct. 28. A reckless police officer (Maïwenn) disappears while on a stakeout in the tunnels beneath Paris, and her mother (Nathalie Baye), a retired detective, sets out to find her in a story involving dirty cops, dark-web thrill seekers, mass graves and chases through very cramped spaces. It is not for the claustrophobic.

As grim and tense as the show sometimes is, though, the really frightening thing about it is Baye, a superstar of French film (10 Cesar nominations, four victories), who appears to be having a blast as Catherine, the domineering, foul-mouthed, relentless ex-cop. An onscreen avatar of capability and insouciance since the early 1970s, Baye looks perfectly at home wielding a tattoo pen against a reluctant suspect or tasering her daughter’s ex-lover just because she feels like it. Baye also takes the trouble, not common in this genre, to give a fully developed performance, as the case’s startling revelations give Catherine perspective on her faults as a mother and as a police colleague. As a bonus, the show reunites Baye with Sergi López, her co-star in “A Pornographic Affair” (1999); their grumpy exes in “Nox” could be the same characters two decades later. 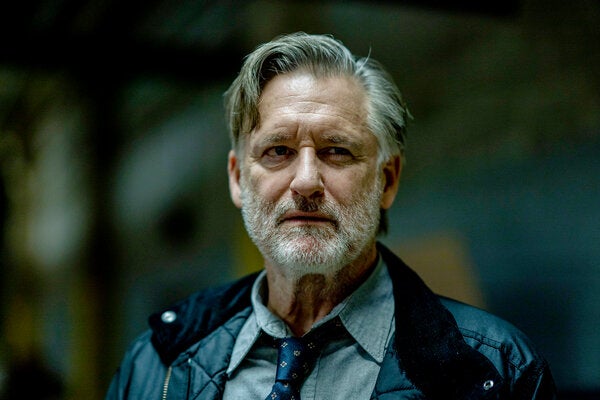 In “The Sinner,” Bill Pullman plays a gifted detective whose greatest challenge sometimes is getting out of bed. Credit... Peter Kramer/USA Network

USA’s psychological crime drama stops just short of the supernatural, but it specializes in dread and weird vibes. Harry Ambrose, the broken-down cop played for four seasons now by Bill Pullman, is ridden by guilt, shame and feelings of inadequacy — he’s the real sinner of the title, at least in his own mind — so naturally, he stumbles onto season-long cases involving secret societies or cults or Nietzschean psycho killers. We know he’ll solve them, because he’s a dogged and gifted detective. But on any given day, it’s no sure thing that he’ll be able to drag himself out of bed.

In the new season that began this week, the unlikely romance Harry found in Season 3 has blossomed, which is great news because his partner, the painter Sonya Barzel, is played by the wonderful Jessica Hecht. Her ability to convey both astringency and warmth, sometimes in the same line, puts a new light on Pullman’s Harry, who can sometimes seem like a collection of tics and grimaces and awkward silences — now we see him through Sonya’s eyes, and if she can put up with it, so can we. The season opens with the new couple on vacation on a picturesque New England island where Harry, who’s now retired, stumbles almost immediately into the middle of a missing-persons case that may involve racial animosities in the fishing fleet and grunting, naked moon worshipers. 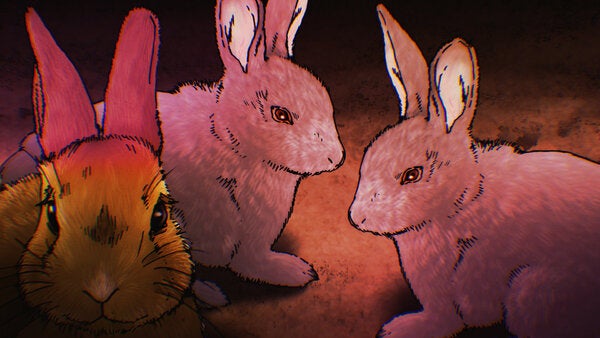 The slightly rudimentary animation of “Theatre of Darkness: Yamishibai” pays homage to the kamishibai style of street storytelling and entertainment. Credit... TV Tokyo and Crunchyroll

This anthology of animated ghost stories is a Japanese analogue to comics-inspired American series like “Creepshow.” Its ninth season was recently added by the anime streaming service Crunchyroll, but catching up would not be onerous: Episodes are four minutes long.

The rough, slightly rudimentary two-dimensional animation — like paper cutouts set in motion — pays homage to the kamishibai style of street storytelling and entertainment, which employs illustrated wooden boards. Stories are based on the usual assortment of Japanese folk tales and urban legends; the most recent batch includes cautionary tales about the dangers of visiting your new husband’s unusually tall family or being born in the (nonexistent) Year of the Cat.